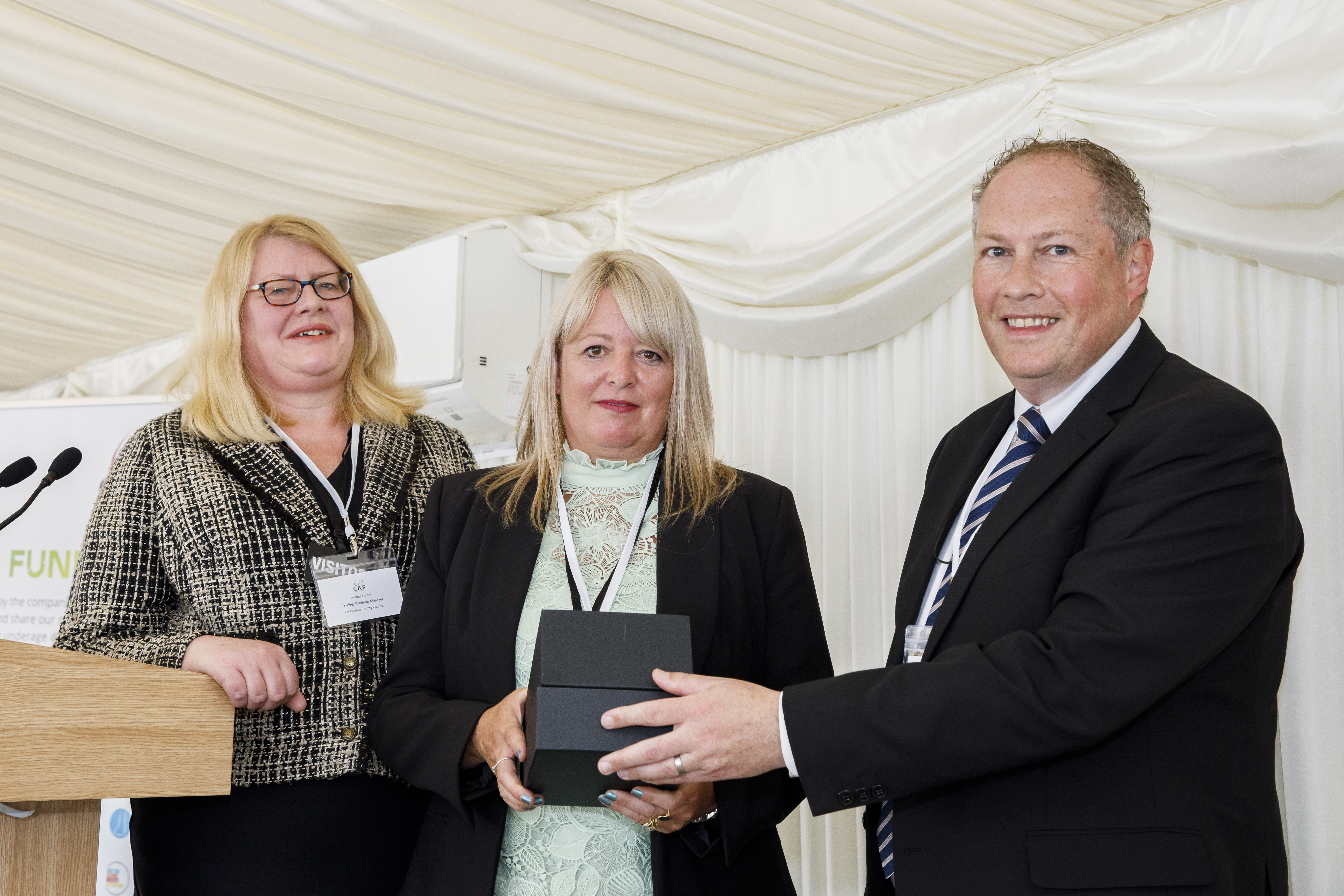 Samantha Beetham, Senior Alcohol and Tobacco Officer in the Trading Standards Team at Lancashire County Council (centre) has received a national award for her work tackling underage drinking and promoting the health and wellbeing of young people in Lancashire.

She received the Community Alcohol Partnership (CAP) Award for Parental Education at CAP’s celebration event at Westminster on June 6.

Presenting the award, Neil Eccles, Senior Manager, Licensing and Permitting at Asda, said: “I’m delighted to present this award for parental education to Samantha Beetham of the Alcohol and Tobacco team at Lancashire County Council, for their hugely successful Where’s the Harm campaign.

The campaign stemmed from a 2020 survey in which 78% of children in Lancashire who drank alcohol said it was provided by their parents. The team worked closely with CAPs across Lancashire to promote the campaign, increase awareness among parents of alcohol risks and reduce young people’s exposure to alcohol. It set out to change perceptions of how appropriate it is for parents to give alcohol to under 18s and encourage them to speak to their children about alcohol. During 2021 the team also had concerns about increased consumption of alcohol in the home during the lockdown period, so they re-launched the Where's The Harm? campaign to raise parental awareness in the run up to Christmas.

This was an important and far-reaching campaign and brilliantly executed. My congratulations to Samantha and the team."

Since CAP was created 15 years ago, more than 250 schemes have been launched in England, Scotland and Wales. They bring together local stakeholders with a shared interest in preventing underage drinking and encouraging responsible drinking among young adults. CAP partnerships are made up of retailers, local authorities, police, schools, neighbourhood groups and health providers, all working together to protect young people from alcohol harm.

CAP’s annual report, launched at the event, shows how this innovative partnership approach has brought significant reductions to children’s drinking, anti-social behaviour and underage sales in areas where it has created local partnerships.

CAP Director Kate Winstanley says: “I’m delighted that in CAP areas around the country we are seeing such sustained reductions in regular drinking and anti-social behaviour among young people. CAPs are having a significant impact on reducing children’s alcohol consumption, improving their health and wellbeing and enhancing the communities where they live.”

A new partnership launches in Preston to tackle underage drinking

Community Alcohol Partnerships reports substantial reductions in children’s drinking – and says the remaining barrier to reducing alcohol harm among under 18s is the supply of alcohol by parents.

Parents left in the dark about alcohol and their children

A new partnership launches in Rossendale to tackle underage drinking

Canterbury CAP launches with a focus on underage sales

Send us your nominations for the annual CAP Awards

You can also read the Community Alcohol Partnership Newsletters here:

CAP acts as a great catalyst to broaden community safety partnership working. The involvement of retailers and others to take personal responsibility for their communities can introduce different thinking and innovation to effectively resolve local issues that impact adversely on people’s lives.